All data reruns around 2, how do I fix this on Google Calender?

All data in google calender reruns after the first run.
I want to run just one round.

What do you mean when you say it reruns after the first run? Is it returning all events on a trigger run instead of just the one created event?

All data has been run once.

But all the entries were called again for no reason. I’m not sure what it is.

When you say called again is that on the trigger node or one of the others?

Or because I didn’t set the Options?
Make it run every time there is an update. 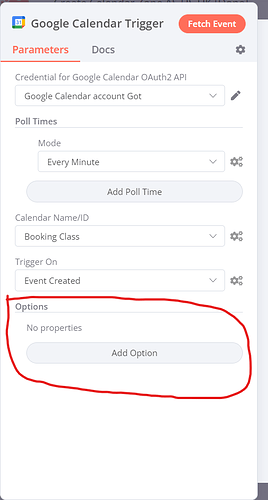