Often I find myself in a situation where I would like to add some information for the “future me”. A few lines documentation about a node or the workflow, so I can for example later remember why I made certain choices, or what the purpose is of certain actions (also useful to avoid really long describing node titles).

The iOS Shortcuts app has a nice feature for this. You can add a “Comment” action to a workflow. A comment “action” does nothing when executing a shortcut. Its only purpose is to add explanatory text in between actions. 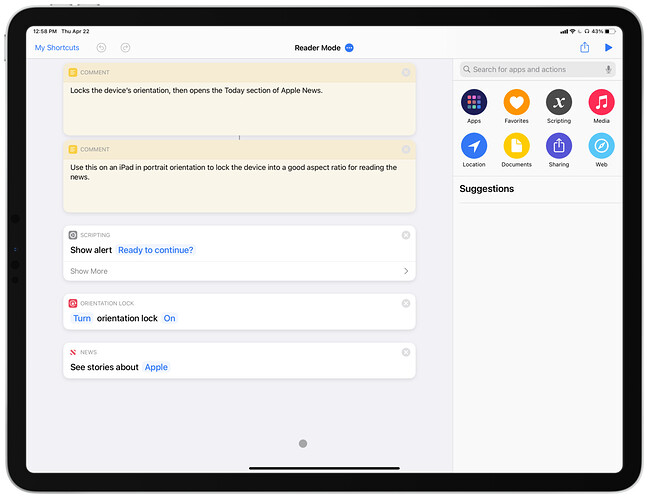 So, my feature request would be: a Comment node, inspired by iOS Shortcuts comments, that can be used to add comments to the workflow, but does nothing in terms of input/output.

You can add notes to each node! To add a note to a node, click on the Settings tab. There you can see the Notes text field. If you want to show this note in the Editor, toggle the Display note in flow to true. This will then display the note in the Editor UI! 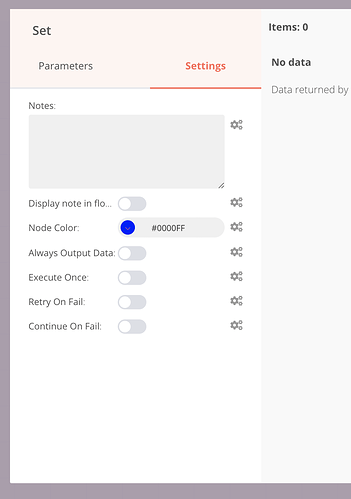 Thanks @harshil1712 .
I must say I was not fully aware of that functionality. Definitely something to look more into.

I still feed the need though for more support for comments. For example to document the workflow as a whole, instead of only individual nodes.

I agree with you @werchter! You have my vote

This is definitely a useful feature, and something that we have on the roadmap. Stay tuned!

Would love something like this. I propose some kind of “comment” node, that can be resized and placed freely. Would also be nice, if we could connect it to other nodes: [Screenshot from 2021-03-17 11-45-24]