Data inputs in node details view
Improved data mapping experience, by showing the data of the input node within the current node view.
This is the first step out of a three-fold step of improving the node details view
Firstly, we have added an inputs pane, so you could see the data that the node you are working on is using
In the second stage, we would add the same view to trigger nodes as well
And lastly, drag and drop functionality from the inputs pane into the input boxes in the main parameters view 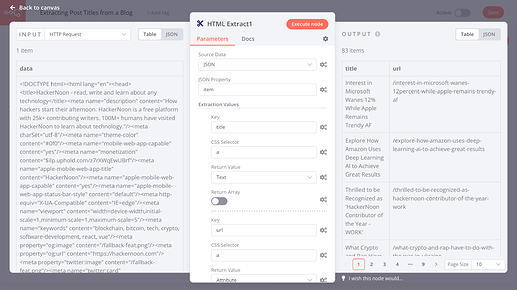 The input/output view is such a great change! Glad to see improvements to usability. Would love to see a Zapier-style input testing feature (While testing a node, you’d be able to recall past executions to test with instead of having to re-trigger it).