Hi again, found a very strange Telegram behaviour. If I insert a node (doesn’t matter which) in some space in the workflow, my final TG node stops seeing the value of chat where it sends the message. If insert a node in another place, nothing happens.

I recorded a video with demo of this bug.

So my final TG sees the Chat ID:

But then I decided to move on node “in-between” to another place. From this:

And this breaks the final TG node, despite its sees the data in the tree. I changed the “moved” node to another one, NoOp, and the error remains, so it’s not because this moved node was Telegram. 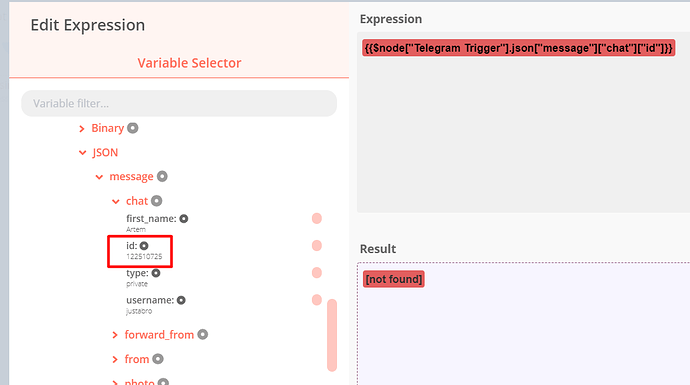 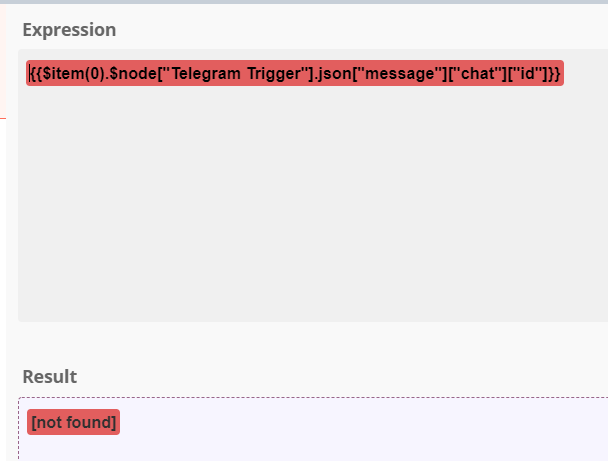 Yes, that was a bug that got caused by the loop. It got fixed and will be released with the next version in the next days.