Airtable trigger: ERROR: The Field "[field name]" does not exist

Created an Airtable trigger that fires when a certain field updates. It can’t find the field.

I know the base id and table name are correct by testing an airtable node that appends a new record, so I know it’s finding the base and table.

I have no idea how to make it find the record.

This is a self-hosted instance deployed through Docker Desktop (ubuntu WSL 2) on a Windows computer. 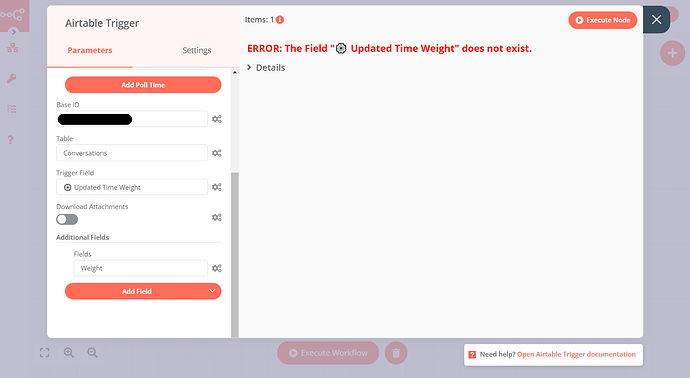 Welcome to the community @Jeff_Haskin

I wonder if the emoji is causing the issue. Can you remove it from the table in Airtable and test it again?

I wish that was the problem, haha. I tried it with other fields as well like “Notes” and other simple-named fields. It did the same thing.

Will tomorrow improve the error message and perhaps automatically include the trigger field to fields since it’s unclear whether it needs to be added there or not.

+1 for automatically including the fields!

Tried it again both ways:

It failed both times. 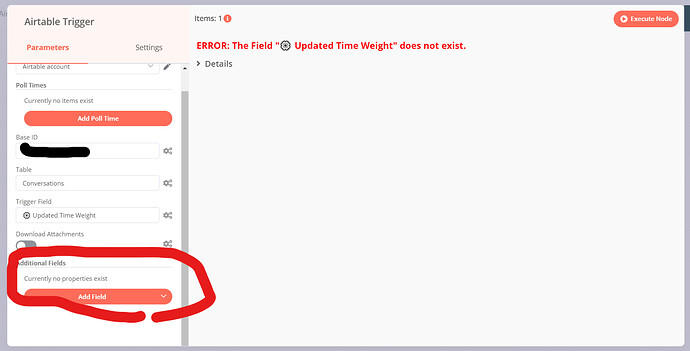 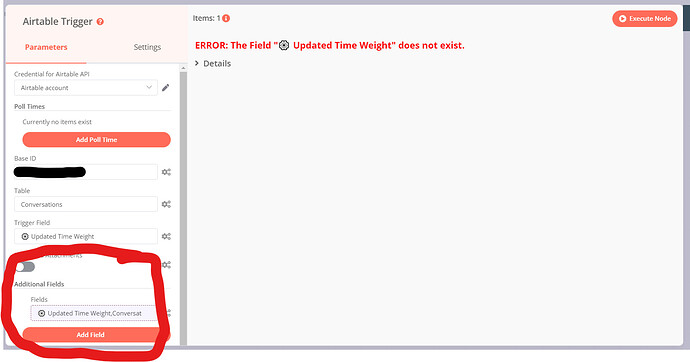 It works for me just fine. Is it possible that you are using an incorrect Base ID? What version of n8n are you using? 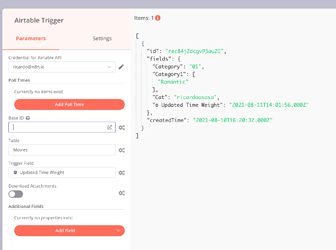 I downloaded the new desktop app first, and it had all those errors. So then I did the self-deploy through Docker Desktop, and had the same problems.

Both were done yesterday, so they’re whatever the most recent version is.

Is there a de-bugging mode I can use to try it again and send the data here?

By any chance, did you figure it out?

Regarding the debug mode, yes, we have one; however, I do not think it will help much in this scenario.

I know the thread is already quite some time but I am just wondering whether you managed to resolve the issue ?

I am encountering the same issue at the moment.