Attempting to set-up a JSON filter for the Notion node: 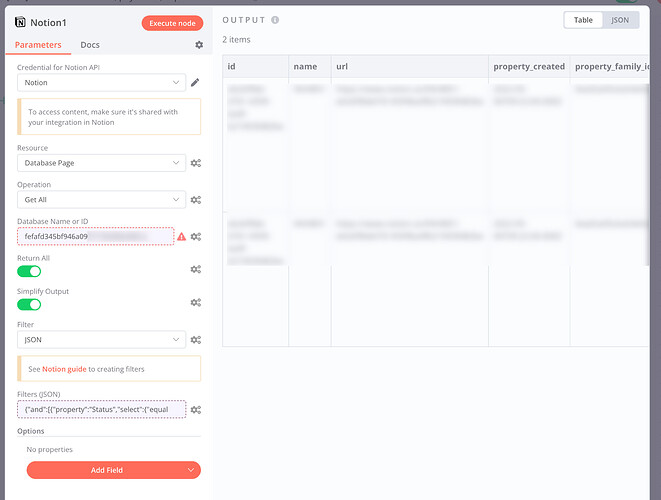 Everything works fine (above) when I copy and paste a JSON string in:

But if that same string is passed from another module:

An error is returned 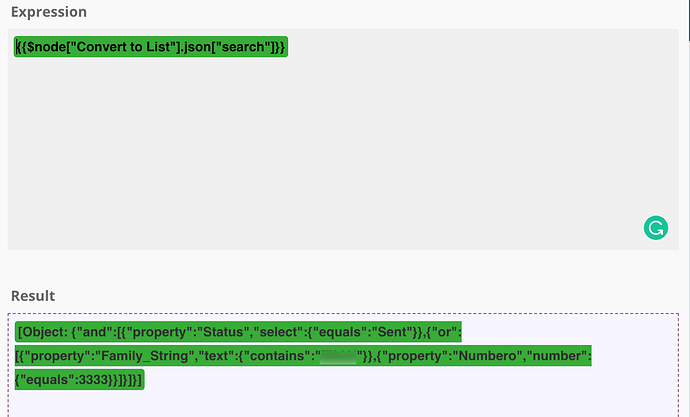 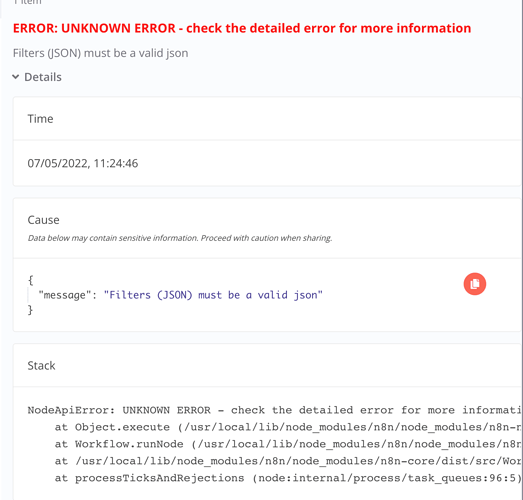 I thought that the [Object:] when a string was passed through was removed, but perhaps not.

Hey @pb84, I think you’re running into a peculiarity with the “JSON” fields in n8n here.

For the Notion node specifically, n8n tries to convert a string into JSON, meaning the input data needs to be a string rather than an actual JSON object, otherwise the error you have seen is thrown.

The [Object:... result you are seeing would, however, suggest you are providing a JSON object rather than a string.

Thank you so much, another beautiful solution