How to access the id of currently appended Notion Block? 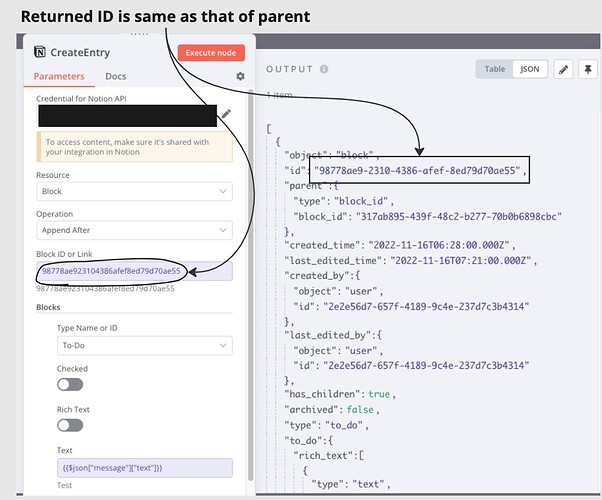 Hi @Ash, welcome to the community

n8n would typically return the response from the API the respective node is calling, so if you don’t get the data you’re looking for automatically you might need to perform a manual lookup afterwards.

That said, I just tried out the below workflow appending a block at the end of a page: 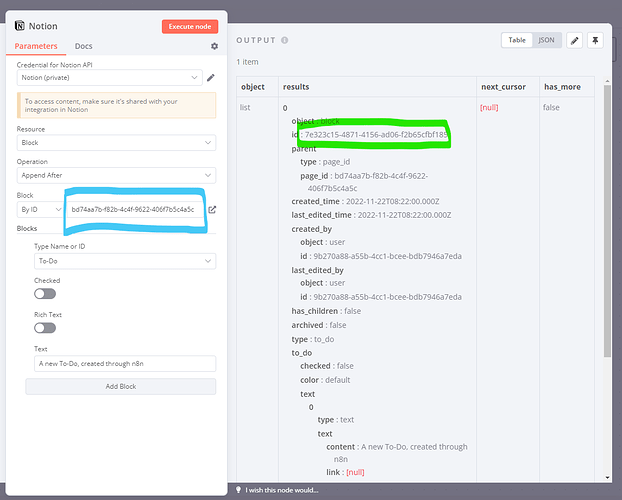 This can also be seen when fetching all blocks on my page: 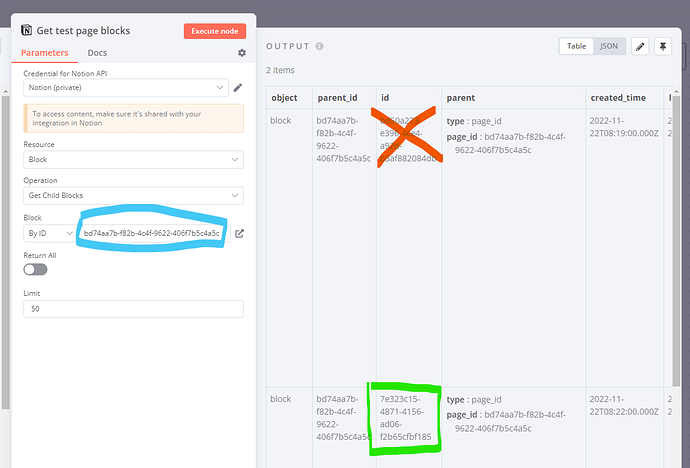 So, you might want to try appending to a page ID rather than after a block.