How to Merge seperated items into a single item

I tried using the merge node but it requires two inputs and there’s this one multiplex mode which I’m not sure what to make of it.

image1200×295 28.5 KB
I tried implementing it onto my workflow but looking over it I don’t think it works for strings?

This is the output I get from the merge function node 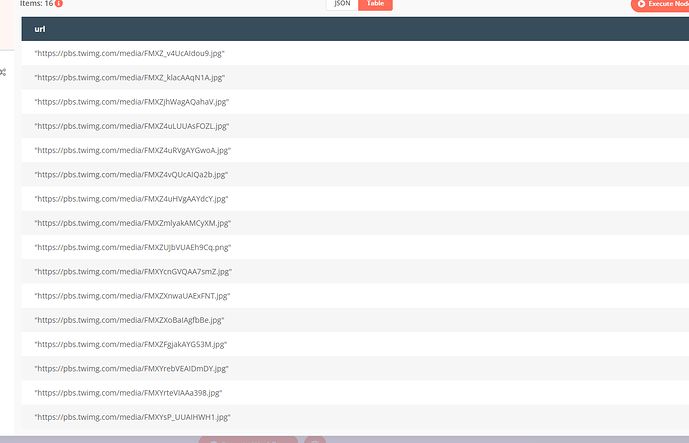 Hi @ReMiKU, the basic idea in the linked thread should still work, even for strings.

The difference to your desired output would be that it creates a single item with an allData field instead of multiple items though.

Here’s a more generic example that would merge the original items:

You would need to replace HTTP Request in the example Function node’s code with the name of the last node in your loop (so Wait1 if you’re using the workflow from your screenshot, or Set Result1 assuming you want to run this node as part of your loop).

This Function node would run only once and return all items as a single list:

Hello @MutedJam, thanks for the reply!

You’re right, it indeed works with string! I didn’t think you’d have to revise the function as well to use concat, sweet! and interestingly I also notice you put some arguments within the expression!

Now that I’ve read the docs regarding expressions I didn’t know there’s more you could do with it!
those aside, I followed as you suggested however, there’s a slight problem:

image858×240 21.4 KB
The IF node waits up until the second last item instead of the final item then passes twice to the function node. And I think it’s being caused by the wait node :L

The IF node waits up until the second last item instead of the final item then passes twice to the function node. And I think it’s being caused by the wait node :L

The way this works is a bit counterintuitive unfortunately and would happen if the item is passed on to the “wrong” node first.

To illustrate the difference:

As you can see, the workflows look identical, the only difference is the order in which the connections from the last node of the loop were created.