How to upload an image (binary data) to gitlab project

I want to upload an image to a gitlab project using the Gitlab Project Upload API. Since this is not part of the gitlab integration I have to do it with the request node. My whole workflow creates a snapshot of an html email with puppeteer and and then (hopefully) adds it as a comment to a gitlab issue.

The API works a described when I upload the file with curl, but I am getting a 400 Bad Request response from Gitlab in my workflow. 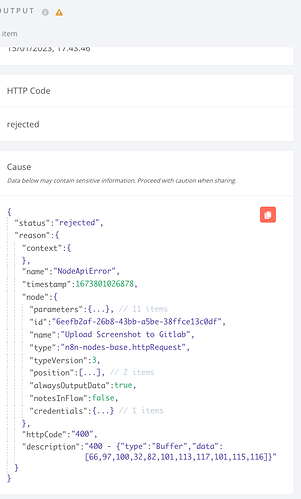 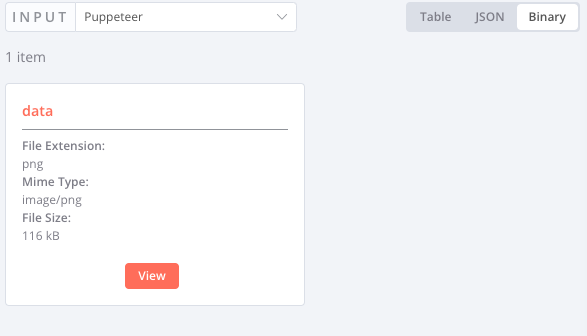 Any help and directions would be much appreciated.

This isn’t going to help you right now but it looks like @svzi put in a PR to add support for this over the weekend (feat(GitLab): added file operations (create, delete, edit, get, list) by svzi · Pull Request #5167 · n8n-io/n8n · GitHub).

I’ve tested my implementation with binary files and I was able to get it going. Needed to do some tweaks, but the PR is already updated. The PR includes a workflow for testing purposes. That workflow now also contains nodes for binary file handling.

Hope it will get reviewed soon @Jon

This is even better and no problem, I can wait a bit for this to get merged…

Thanks for putting in the work!

Or Not?! I think I was a little bit to fast with my cheering

@svzi your PR adds support for the Repository files API right? (files of the git repository)

I want to use the Project → Upload a file API (generic upload endpoint for project related files that is used e.g. when you attach an image to an Issue)

Good thing is since @svzi seems to have figured out the hard (binary file upload) part. Adding support for this API should be also easy I think.

@toxsick Sad to say you’re right, at least sad about the part that I’ve only implemented the Repository files API.

I had a look at your API but sadly the file upload works not the same as in the files API. If it had been the same way I would have given it a try, but now I need to refuse. Sorry, maybe someone else can pick it up.

took me a while, but anyone having the same Problem, I was able to solve this with the normal request node.

So I solved this with an additional code node and now it works:

This topic was automatically closed 7 days after the last reply. New replies are no longer allowed.