As a proof of concept, I setup a working flow that downloads a CSV file, renames the keys (using a Rename Keys node) so the keys match the table field names that the data will eventually be imported into. Then, using a MySQL node, the workflow successfully imports the data into the MySQL table.

How do I get the entire payload from a Rename Keys node into the body of a Webhook response?

I am sorry to hear you’re having trouble but am unfortunately not sure I fully understand the problem. Assuming I have multiple items with a key, the Rename Keys node would change the key across all items, even if they aren’t strings: 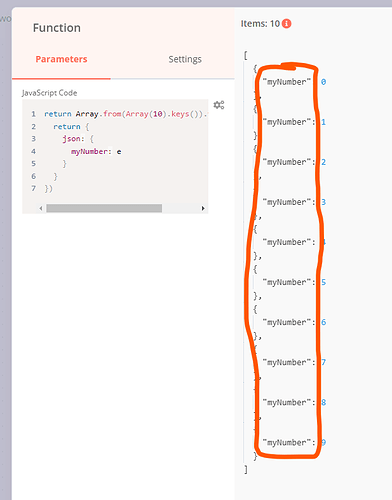 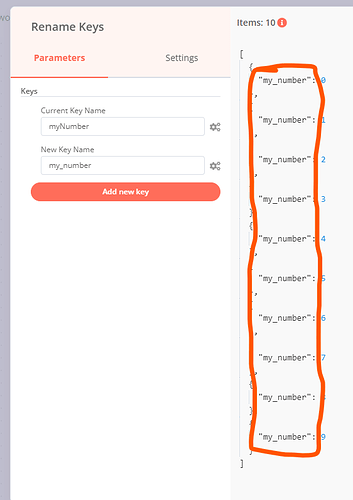 Would you be able to share an example of the JSON data you have along with the data you would like to see following the Rename Keys node?