I want to update the metadata for a file on Google Drive and I can’t seem to find a way to do so using any of the built-in nodes.

For context, what I am exactly trying to do is upload an excel file to Google Drive and convert it to a Google Sheets file. The conversion can be done using the update API method along with the mimeType metadata parameter, but it is also a requirement that the file content and its metadata be sent in the same HTTP request using multipart form data (see docs: multipart upload method).

Note that there is an existing feature request to add this as built-in functionality to the Google Drive node, but I am looking for a solution that I can use today without having to wait for it to be implmented/released.

What I have tried so far:

I think I could use advice in the following areas:

Output from the the HTTP request node when constructing the multipart form data manually: 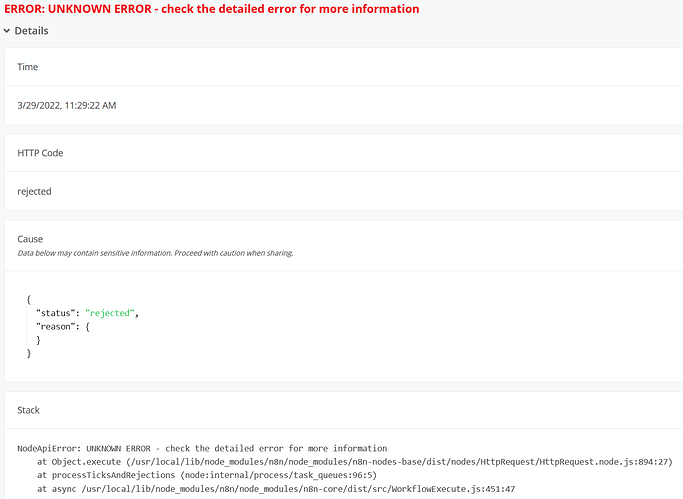 Okay, I just needed to stick with this a bit longer to get it figured out. The key is to use a two-part resumable upload rather than messing around trying to get the multipart form data formatted correctly for upload in a single request. Doing the upload in two parts made it fairly simple to use HTTP node to get this done.

For future readers, my workflow looks something like this

Hopefully this helps someone in the future, took me a while to figure out!