I am thinking of setting up another n8n setup for my own day-to-day life and testing but I would rather not pay for another server.
I have been heading lots of talk about Oracle Cloud Free Tier (it seems to be free for life : ).

Has anyone set up n8n on Oracle Cloud Free Tier? if so, got any tips? if not, you are more than welcome to wish me luck lol and I will be sure to update this post on how it went : )

Thank you for sharing this. I wasn’t aware of this. I don’t have any experience with Oracle Cloud, but I think it wouldn’t be so difficult to deploy n8n on it. I am curious and I might try it out whenever I get some time, no promises though. If you’re interested in deploying it, we have a server setup guide here: Server Setup | Docs

Yeah, that is what I was thinking

I don’t have any experience with Oracle Cloud, but I think it wouldn’t be so difficult to deploy n8n on i

Also, I think this would be a great gateway for users that want to get set up with n8n for free.

I plan on using both the Server Setup documentation and ur setup video: 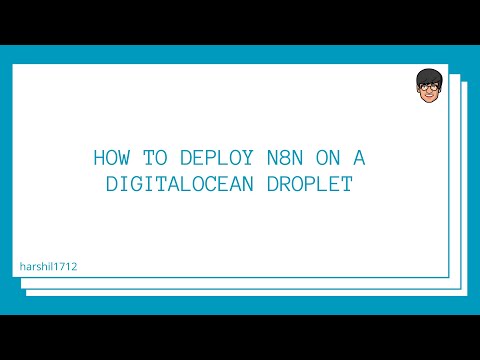 *For some odd reason when I followed the setup doc to the T I was never able to get n8n working smoothly but with your video, I step by step and it was like magic

That’s wonderful! And I really am happy that my video is helping out the community. I am always open to feedback and suggestions for Video Topics. Feel free to shoot me a DM anytime

Just catching up on what has happened on the forums while I was away. 24GB of memory for free when using an ARM-based VM? That’s a pretty sweet environment they make available for free!

Will definitely test that out later this week for my private instance, thanks so much for sharing @David_Go and @harshil1712 for sorting out the teething problems with it.

24GB of memory for free when using an ARM-based VM?

@MutedJam just to clarify if you used an ARM-based VM the fine print says “…first 3,000 OCPU hours and 18,000 GB hours per month for free” (I am not sure if that is considered a lot)
You can also use a Micro instance (AMD processor) that is free with no limits.

Would love to hear how your test goes and if you hit any hiccups along the way.

You can check out all the fingerprint here:
https://docs.oracle.com/en-us/iaas/Content/FreeTier/freetier_topic-Always_Free_Resources.htm

So 18,000 GB hours would equal to 580 GB hours per day which would equal to a tad over 24 GB of memory available per hour. I also like how it can be used by a single VM all at once or split over multiple VMs.

Setting up a VM with Ubuntu server, docker, nginx and n8n appears to have worked really well, though I didn’t do much yet.

Only thing that irritated me at first was that iptables-persistent was pre-installed and only allowed incoming traffic on SSH port 22 (seemed unexpected to me as they also have an external firewall pre-configured). I typically prefer a simple ufw config for such scenarios. So in addition to configuring what Oracle calls a Security List, I uninstalled iptables-persistent and set up ufw.

So just to make sure I understand you current this is what you would suggest:
I am asking

I am all about following tutorials and documenting the process, so I just want to make sure I have a good idea for the process to follow to have the best chance of success. *not only for me but for the others in the n8n community that want to follow the process in the future.

Ah, don|t get me wrong, I wasn’t making a definitive suggestion, merely dabbling around. But if you’d like to copy what I did, your steps would be correct (and I think the setup would be fine in many cases).

I also needed to adjust my Oracle “Security List” to allow HTTP/HTTPS traffic like so (this is not the full list, just the two new rules I have created):

@MutedJam Totaly not taking anything like a definitive suggestion: ) Just a good starting point.
I think a tutorial would be a great help for all the others who want to give it a try.

To follow up on this, I’ve now put my step by step description online: 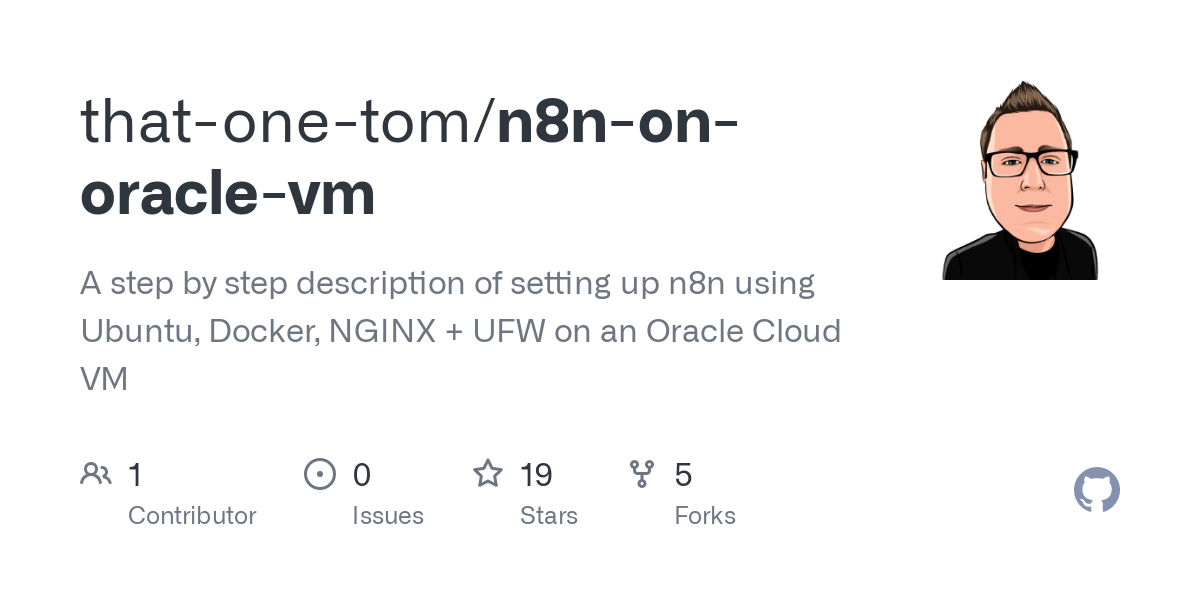 GitHub - that-one-tom/n8n-on-oracle-vm: A step by step description of setting...

I wanted to run through the full process and add some helpful screenshots as well, but couldn’t set up any new VM instance since Oracle Cloud was out of capacity in all availability domains I have access to:

So for now this is written based on my memory and on using Ctrl+R a lot. Improvements are very welcome, I’ll also retest from time to time whether my Oracle will add some more capacity in my home region.

Thank you so much for this - I know many n8n users like myself will find it really helpful.
I am going to try to go over it step by step in the coming days.

@MutedJam I spent a few hours trying and retrying the guide step by step. So helpful ! ! !

Ran into a bump on the road

That looks like you just need to know what the password is, does Oracle not give you this information?

That is what I was thinking. But there is no real password, rather using Putty with the secret key.

The user would probably still have a password, I have not set up an oracle cloud instance but normally you would add your ssh key and still be given a password.

Oh sorry for this @David_Go. The su command here would only apply the group changes (adding the ubuntu user to the docker group) without logging out and back in again. If you don’t want to set a password, you could just reboot your machine (sudo reboot now, which might be required anyway depending on which updates have been installed) or try running the command using sudo.