Add a way to insert a logo to an HTTP node so we identify better this node.

I have many different API so adding a logo would help to identify the node faster.

For now, How about using Sticky Notes? It’s really useful. Available on v0.174.0

Good idea, I like this. Would be nice if you could pull from the existing library of icons from n8n as well.

So something like maybe using a sites favicon or app icon if available?

This would be cool! 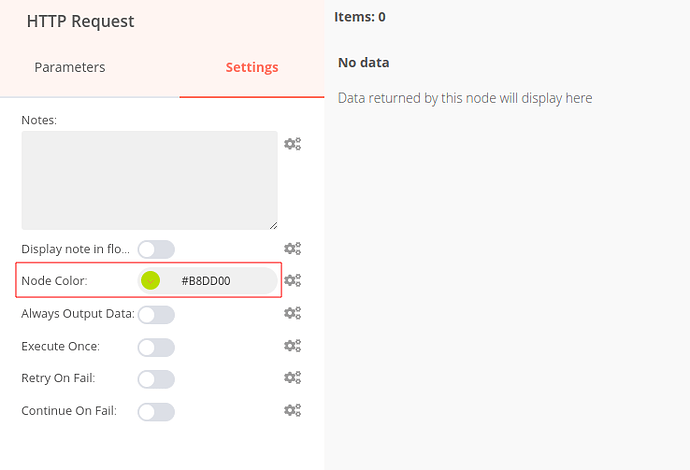 Oh yes, huge fan of the http request node here, I too would love to see this!

Another post about this with the idea to put the image in the credentials that way an update to one icon would spread across the whole project. That would work great in combination with the Node Color option.

The idea is: To assign the thumbnail image via the credential being used. (editable thumbnails) My use case: 50% of my nodes end up using the http helper because the built in functionality rarely covers every use case of the api. It gets really confusing to look at a workflow when all the thumnails are the same. I think it would be beneficial to add this because: It would make it easier to look at a workflow if you could change the thumbnail image on an http request. Also, this setting sho…

Also change the default image of the node. Having an @ logo can make things confusing, IMO.