This is just a note on something I’ve noticed which might be useful to know.

When I rename an ‘Active’ workflow, it re-executes the last historic run of that workflow (in that it’s not firing on any new triggers but is firing from the historic data that it last received).

Hope this is helpful

Thank you for letting us know. Tagging @jan to make sure it’s an expected behaviour.

Honestly do not understand that and also not how it would happen. To make sure I understand you correctly. When an active workflow gets renamed it just takes old data from a previous execution and runs that again?

Yes, it’s happened to me twice on two of my workflows.

See example of one of the workflows (the other one is the same but sends out email using Send Email instead of Twilio SMS); 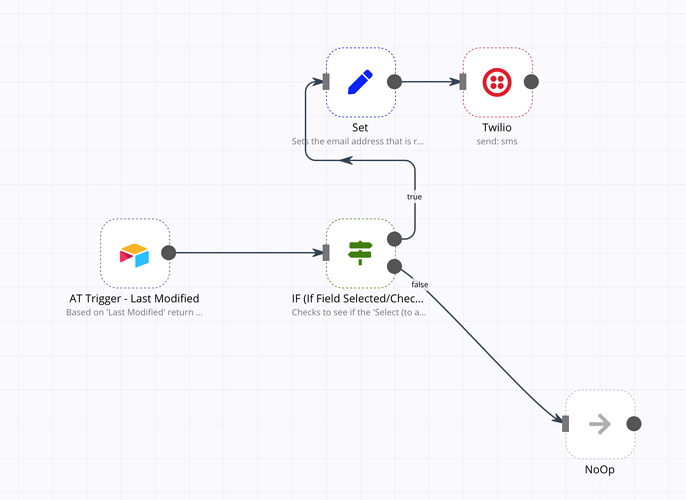 So in this example when I renamed the ‘LIVE’ workflow (a few days later), it re-ran it again using the same data, so the same people received the same SMS again (not a problem as a test).

And as a note I knw at least one of the people did not have a current ‘Selection’ on their table so it suggests it was using the past data.

Thanks, that is very helpful!

Am I assuming correctly that it actually just ever happened with a workflow that used the Airtable Trigger node and never another Trigger node?

Yes, I’ve only used the Airtable trigger node so far, so my comments are only in relation to that type of flow