I’ve made it for myself, but as i’ve seen some similar questions regarding this, I decided to share it.

The idea is to develop n8n workflows locally, and then deploy them to the host with as small effort as possible. I use private bitbucket repo as a storage, so I did not bother with creds encryption yet, but will deal with it some moment later on.

Feel free to give it a shot and share feedback\suggestions: 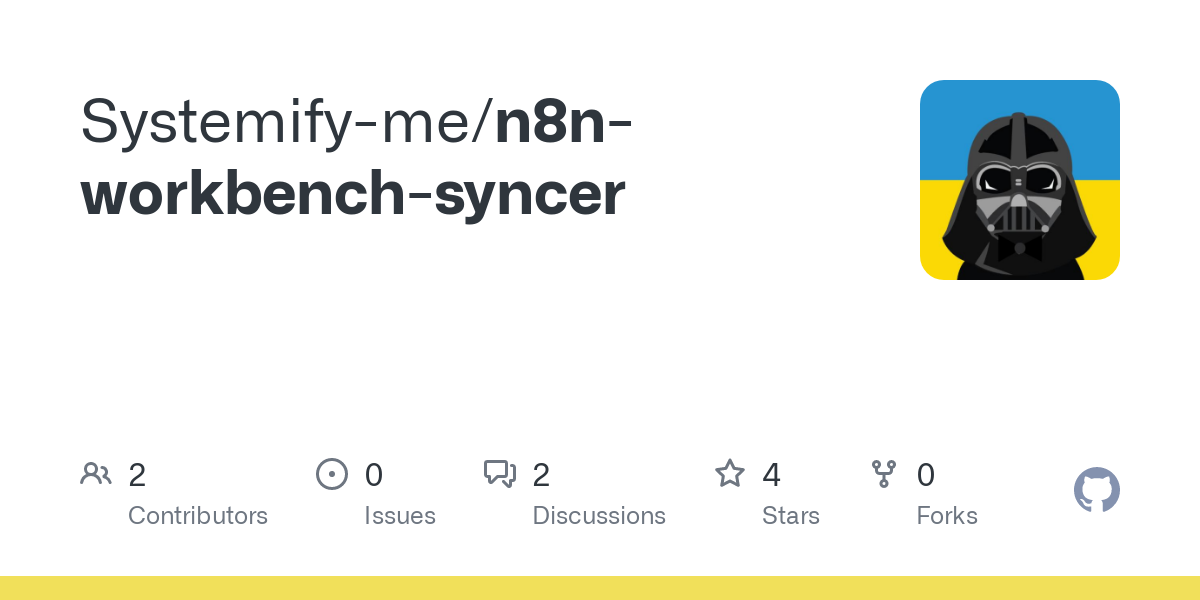 Contribute to Systemify-me/n8n-workbench-syncer development by creating an account on GitHub.

Now the flow is even easier (the setup is the same: npm i and fill the .env with your repo data):
On the local machine, run npm run export-push - that will, well, export and push workflow+creds to the private repo.
On the host (i use remote RDP), run npm run pull-import - that will pull workflows+creds and import to the host n8n
Then just npm run n8n

There are still minor issues (i want to make it cross-platform), but in overall its looking good

Now the flow is probably the simplest possible:

Well, my todo and bugs lists for this project are clean now - have no idea what can be improved/fixed further

If anyone is up for it, please do a test run and share the feedback.

in overall, i’m amazed how simple workflow is now: i do the change locally, run “npm run ex”, watch how the changes are exported and are pushed to the repo, then i switch to the host, run “npm run im” and “npm run n8n” (tbh i didnt test “imr” yet - bad practice, but no one watches

) - changes are pulled and imported, and that’s freaking it!

Okay, just tested “imr” - works like a charm. For the continous workflow, “imr” is pretty useful, because it just takes you to stop the current n8n (Cmd+c) on the host, press up button to receive the previous “imr” command, and press enter to update and start n8n.