Just a suggestion, but would it be worth adding a little red “NEW” text next to new nodes that have been recently added to n8n for the first 3 or 4 times the users open the UI after a node has been added? I know sometimes I wonder what has been added and have no idea until I have to go and look at the changelogs… this might be a lot easier for people to see the new updates/nodes. 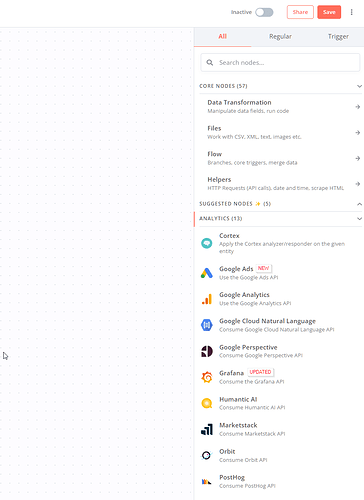 maybe also have one on the category menu section so people know what section its in too. just a thought 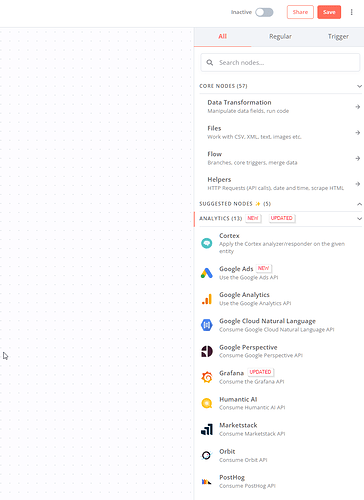 @RedPacketSec I like this idea and oddly enough @maxT raised an internal idea to show updates in the UI. I am going to add this thread to the idea

Nice idea, maybe simply the possibility to order the list with date added or updated.
Would probably be easier than determining which should get new/updated, for example if some releases were skipped etc.